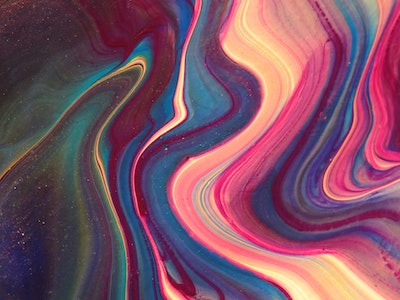 The term ‘third-wave’ has been amassing attention from professionals and the media alike, legitimacy throughout the psychological society, and patients searching for an alternative to traditional models of psychotherapy.

Behaviourism forged its place in the psychological community by rejecting the conscious, the unconscious, and the theory of duality of the mind by proposing that all conscious activity be reduced to purely physical phenomenon.

It sought to narrow the understanding of human psychology to the observable physical phenomenon in attempts to turn psychology into hard science. The ideas stemming from behaviourism have influenced modern psychotherapy as diagnostic categories include changes in behaviour as symptoms of the disorder. 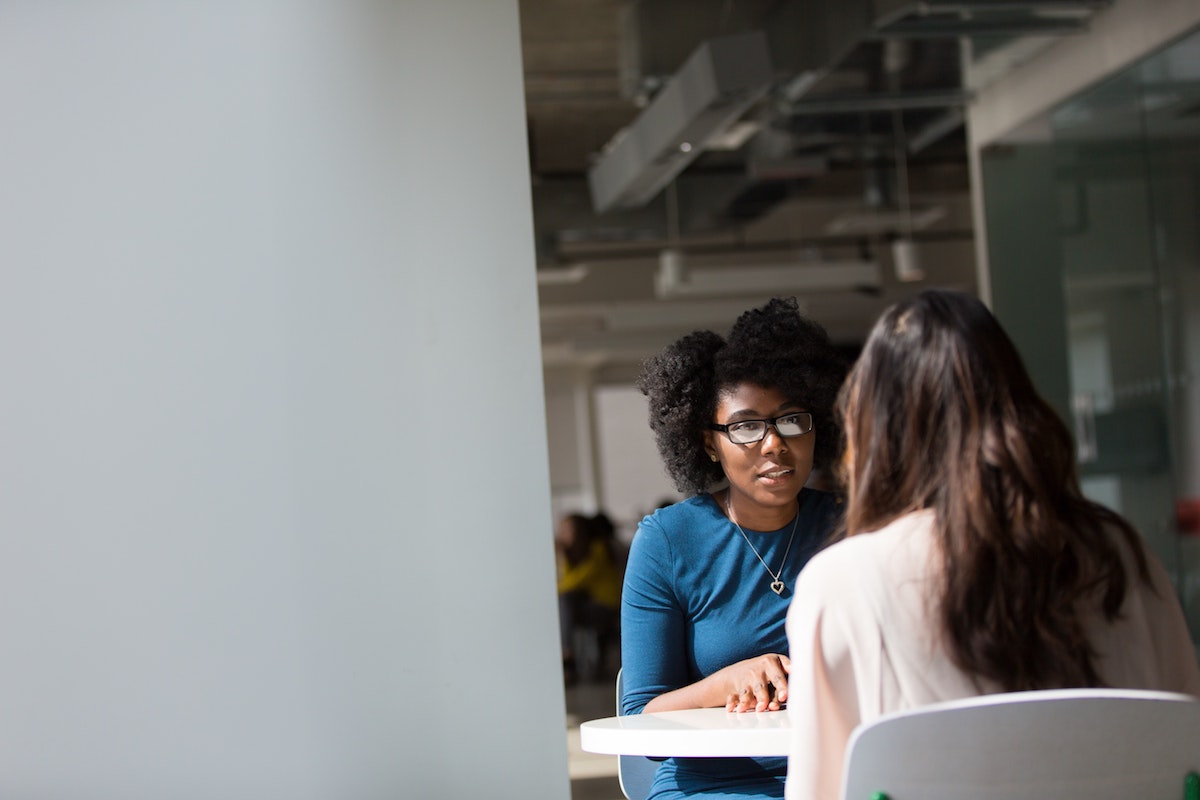 Furthermore, therapeutic techniques stemming from the theories of behaviourism, such as behaviour analysis and conditioning, are currently employed.

During the 1960s, a new dominant force in psychology, a cognitive revolution, disrupted the ideas of behaviourism and psychoanalysis and placed emphasis on observing the internal phenomena of the mind. Cognitive psychology seeks to understand the functionality of the internal mechanisms and processes within the mind.

Cognitive psychology, along with the understandings of behaviourism, is the currently dominant theory of psychopathology lending themselves to several forms of therapeutic intervention (VeryWellMind).

New understandings are being recognised which propose an expanded, holistic representation of the human condition, amalgamating factors from past understandings of human psychology. From behaviourism, we understand the formation of powerful associations forged through traumatic experiences.

From Freud’s psychodynamic theory, we developed an understanding of the significance of the unconscious mind and the criticality of childhood in developing adaptive and functional personalities. 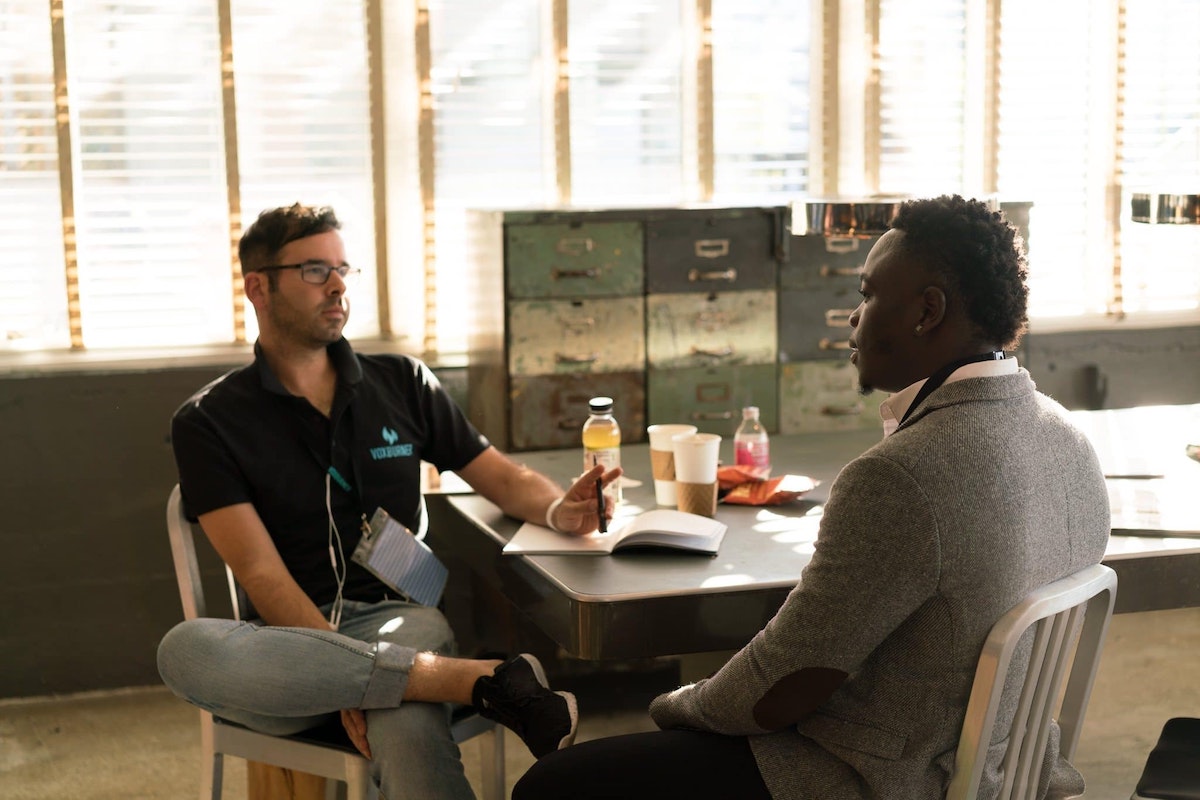 The third wave of therapeutic approaches seeks to incorporate the individual’s context and past trauma into the identification of issues and encourages patients to learn techniques to manage their attitudes towards these issues.

This new understanding of psychopathology implies the ability of experiences and trauma to mould our minds, alter behaviour patterns, and cause us to develop new beliefs and defence mechanisms (‘The Body Keeps the Score: Brain, Mind, and Body in the Healing of Trauma’  by  Bessel Van Der Kolk). 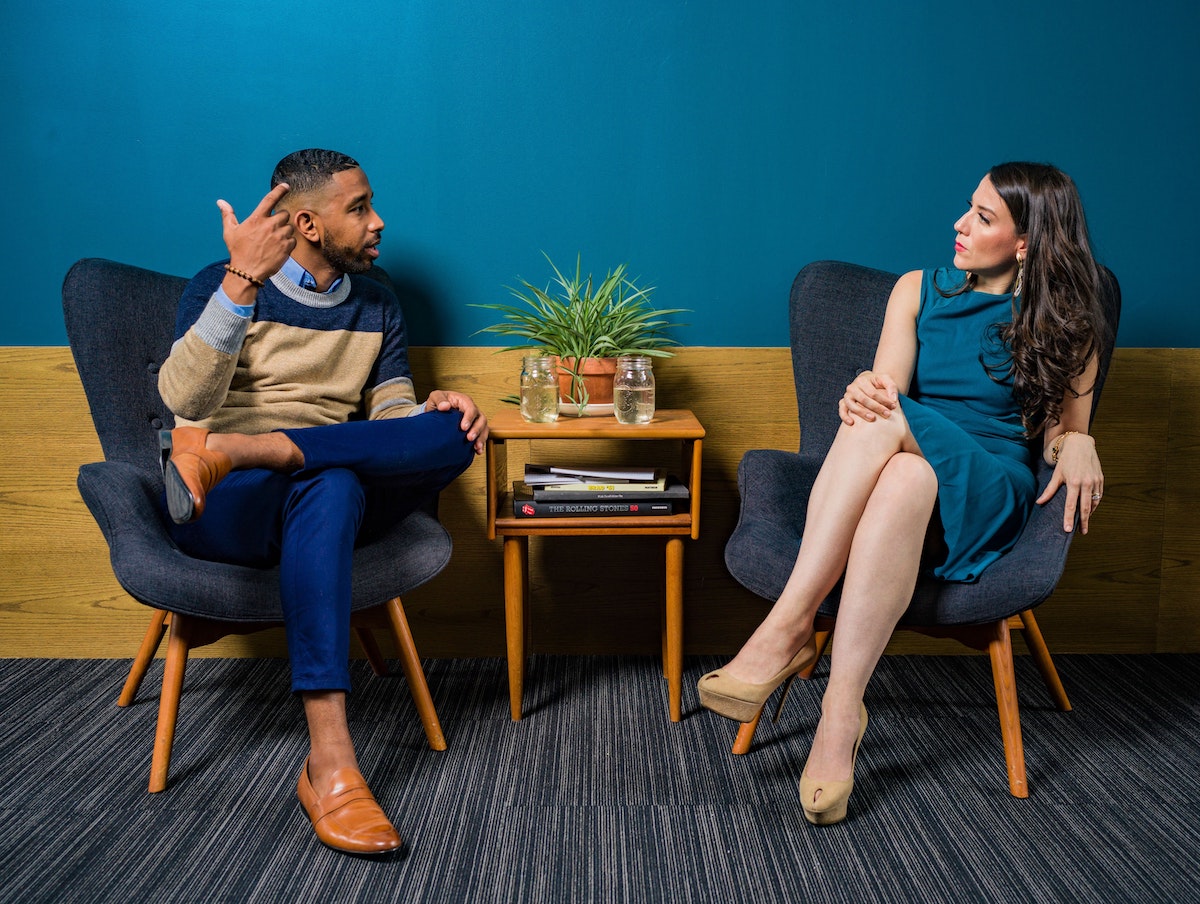 These experiences include, but are not limited to; parental and generational trauma, sexual and physical abuse in childhood, and emotional neglect (Check out Dr Nicole LePera’s page ‘The Holistic Psychologist’).

While the Cognitive Behavioural Therapy model focuses on dysfunction and factors to be ‘solved’ or ‘removed’, third-wave therapies focus on adjusting feelings towards personal situations, understanding the patient’s context, and the way the resistance and repression of issues manifest as psychological disorders. More than focusing on problem-solving, third-wave therapies focus on the processes behind becoming healthy, happy and developing effective behavioural skills (PsychCentral).

On a beach not too far away, the third wave of psychedelic substance usage had begun to take form. A most notable instance of this reawakening can be seen in Michael Pollan’s NY Times best-selling novel, ‘How to Change Your Mind’. 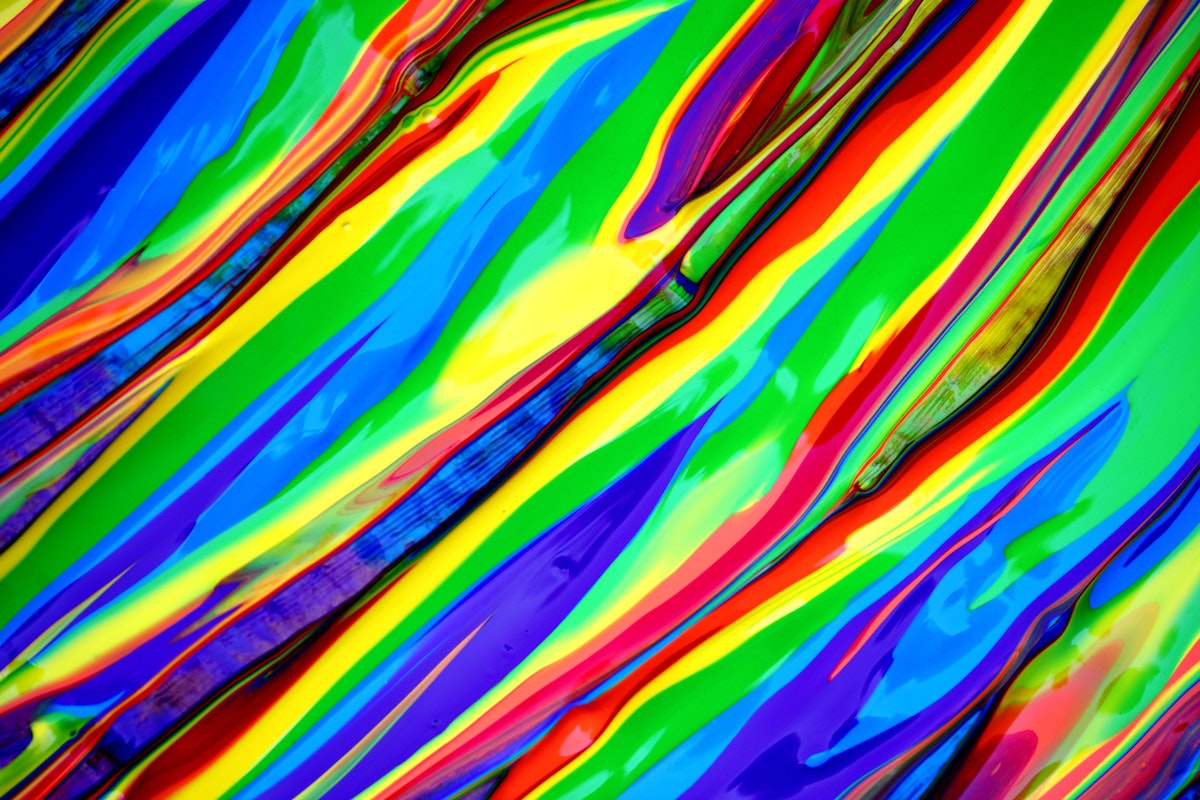 In his book, Pollan explores the depths of history and controversy surrounding psychedelic compounds and makes his pioneering attempts at exploring the depths of his own mind using these substances.

Pollan explains the first wave of psychedelic use began with the Shamans and Ayahuasceros communing with ancestral spirits deep within the Amazon and using these substances to heal various ailments. Centuries later, a journalist by the name of R. Gordon Wasson retrieved this ancient knowledge in his seminal mycological work ‘Seeking The Magic Mushroom’ published in Life Magazine (1957).

Psychedelic compounds soon amassed popularity and anchored connection with the secession of the American people from their cultural values during the Orange Sunshine days of the Haight-Ashbury era; combined with the groundbreaking research conducted by various cohorts and frontrunners of science. The third, and current, wave employs efforts to exonerate and reintegrate psychedelic compounds into society using rigorous scientific methods and advanced fMRI technology to progress the alleviation of mental illness.

In his book, Michael Pollan suggests that children may have access to an altered state of consciousness; one of wonderment, open-mindedness, and high neuronal interconnectivity.

Psychedelics have been revered for their ability to invoke states of lantern consciousness; highly suggestible and malleable and allowing access to deep-rooted trauma, constructions of defence mechanisms, and objective perspectives of the self. Adopting the third wave of psychopathological understandings would shed light on the efficacy of psychedelic-assisted therapy as freeing the adult mind from a ‘spotlight consciousness’ would allow for powerful introspection into contexts, attitudes, and obstacles.

Accompanied by modern techniques, the patient can develop an understanding of their ability to change perceptions and are aided to formulate new, sustainable, and healthy attitudes. Psychedelic-assisted therapy allows for a reset of tuned, narrow modalities of thinking, and provides lubrication for even the most obstinate beliefs. 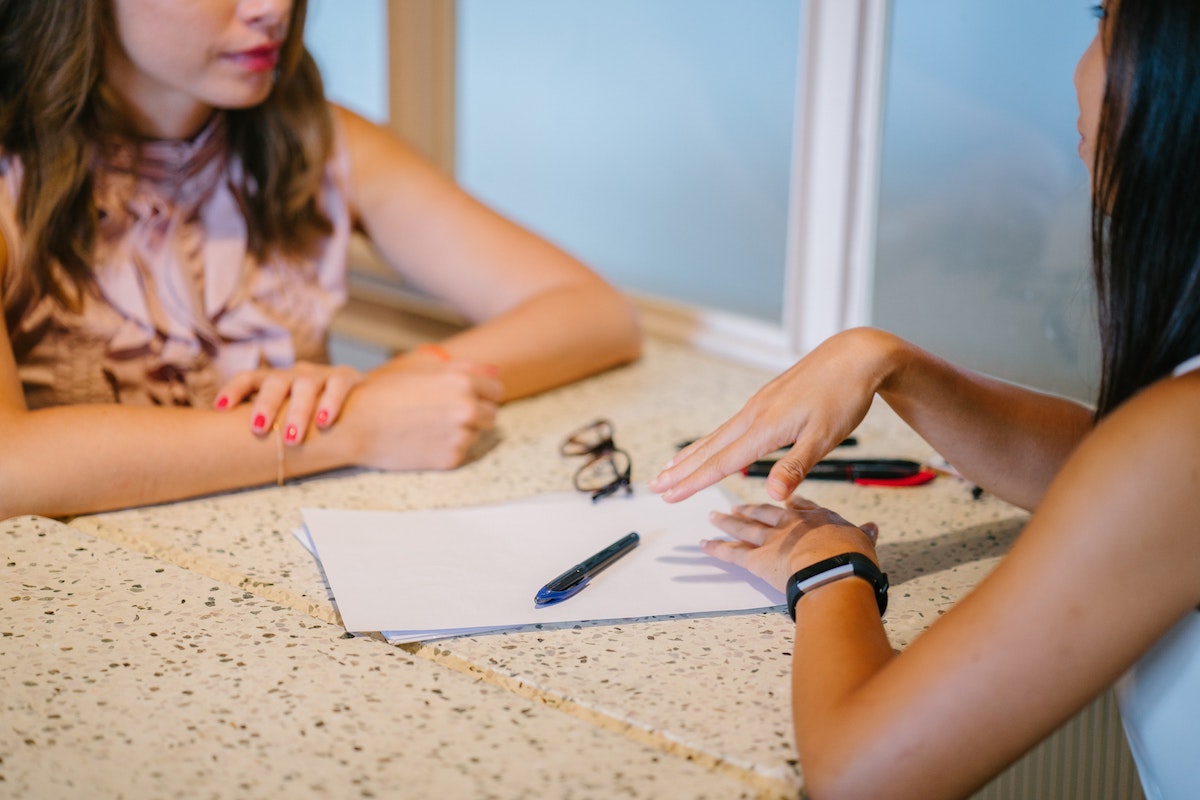 Several prestigious institutions worldwide have begun researching the efficacy of psychedelic compounds in the alleviation of mental health issues. The Johns Hopkins Center for Psychedelic and Consciousness Research has published over 60 groundbreaking peer-reviewed papers which demonstrated therapeutic effects on participants suffering from a wide array of disorders. Among them were smoking cessation, drug addiction, end-of-life anxiety, and treatment-resistant depression.

Their study of the interaction between healthy individuals and psilocybin concluded sustained positive effects from single-dose sessions and illuminated our understandings of consciousness and the neurophysiological mechanisms of action. Further investigations will direct attention to illuminate the effects of psychedelics on compulsive behaviours, mood disorders, cognition, overall brain function, and biological markers of health (hopkinspsychedelic.org).

Efforts made to change the status quo are never unmet by challenges. Modern psychology demands rigorous scientific examination, especially in the study of the relation between psychopathology and ‘mystical’ experiences. Blinded RCTs are the gold standard of research practice, especially when investigating medical interventions.

However, the symptomatic alienness exhibited by participants under the influence of psychedelic compounds renders the validity of a double-blind study moot as the observer cannot truly be blind to the psychedelic-induced behaviours.

The complex interconnected experience of an assisted ‘trip’ intertwines the set, setting, therapist, participant, and the molecule itself to accomplish its goal. The rigorous scientific demands of modern psychology may never be met as isolating these variables to determine causality is impossible with psychedelic experiences.

“Add to this the fact that the kind of experience these drugs sponsor often goes under the heading of “spiritual,” and you have, with psychedelic therapy, a very large pill for modern medicine to swallow.

This is precisely where psychedelic therapy seems to be operating: on a frontier between spirituality and science that is as provocative as it is uncomfortable. Asked the same question, Bill Richards cited William James, who suggested we judge the mystical experience not by its veracity, which is unknowable, but by ‘its fruits’: Does it turn someone’s life in a positive direction?”

Pollan, M. (2019). How to change your mind: What the new science of psychedelics teaches us about consciousness, dying, addiction, depression, and transcendence. Penguin Books. 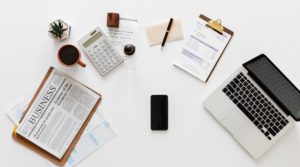 How Psychology Can Help With Your Productivity 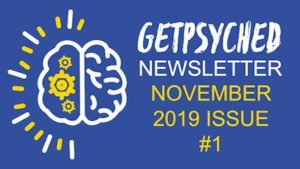 What Is Positive Thinking And What Can It Do For You? 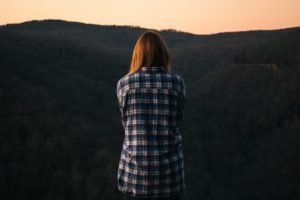 Self-Care, What It Is & Why It Is So Important – A Guest Blog Post By Megan Hemming 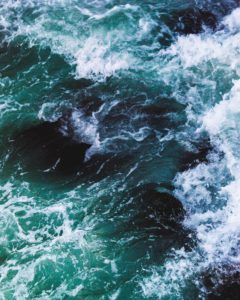 A Life of Learning, Lessons, Writing and Psychology – An Article by Jodie Fleming 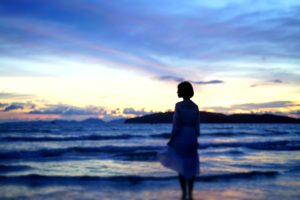 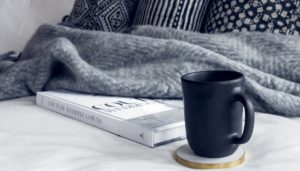 How Concepts Like Hygge And Ikigai Will Improve Your Life 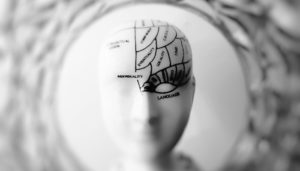 The Dark Side Of Our Minds by Yadav Acharya 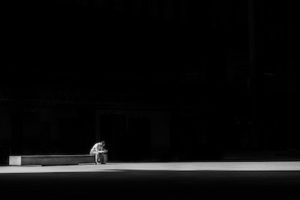